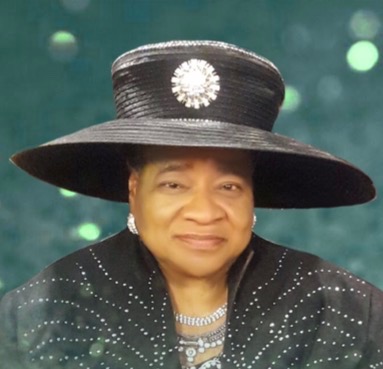 Supervisor Dr. Patricia A. Crisp is the State Supervisor of Women for the Oklahoma Southeast Jurisdiction of Church of God In Christ, Inc. She was born on June 7, 1946 to Answel Crisp and Inez Carter in Hoffman, Oklahoma (Okmulgee County) she was saved on April 11, 1964 at the Gospel Kingdom Church Of GOD In Christ, 1301 N. Wisconsin, Oklahoma City, Oklahoma. On April 15, 1964 she was filled with the Holy Ghost under the pasturage of the Late Superintendent Ammon Dee Dotson, Sr. Dr. Patricia Crisp started working in the church at a very early age of seventeen (17) years old. She became the Sunday School teacher of the children ages 9-11. After the demise of Pastor Dotson, Elder Hamilton B. Ware was appointed as the Pastor. She currently serves as Church Administrator under the leadership of Elder Hamilton B. Ware. While yet serving at Greater Gospel Kingdom Church Of GOD In Christ, I have served in the following positions:

Installed as State Supervisor in November 2003 under the leadership of Bishop Malcolm W. Coby.